No, building a new high school will not stop needed repairs and capital improvements at other schools (including IAR, West Woods, and the four elementary schools).

Funding for all capital improvements at the other schools – listed in the Friar Report – is included in the Board of Education’s budget as well as the Town’s budget projected out for the next seven years. 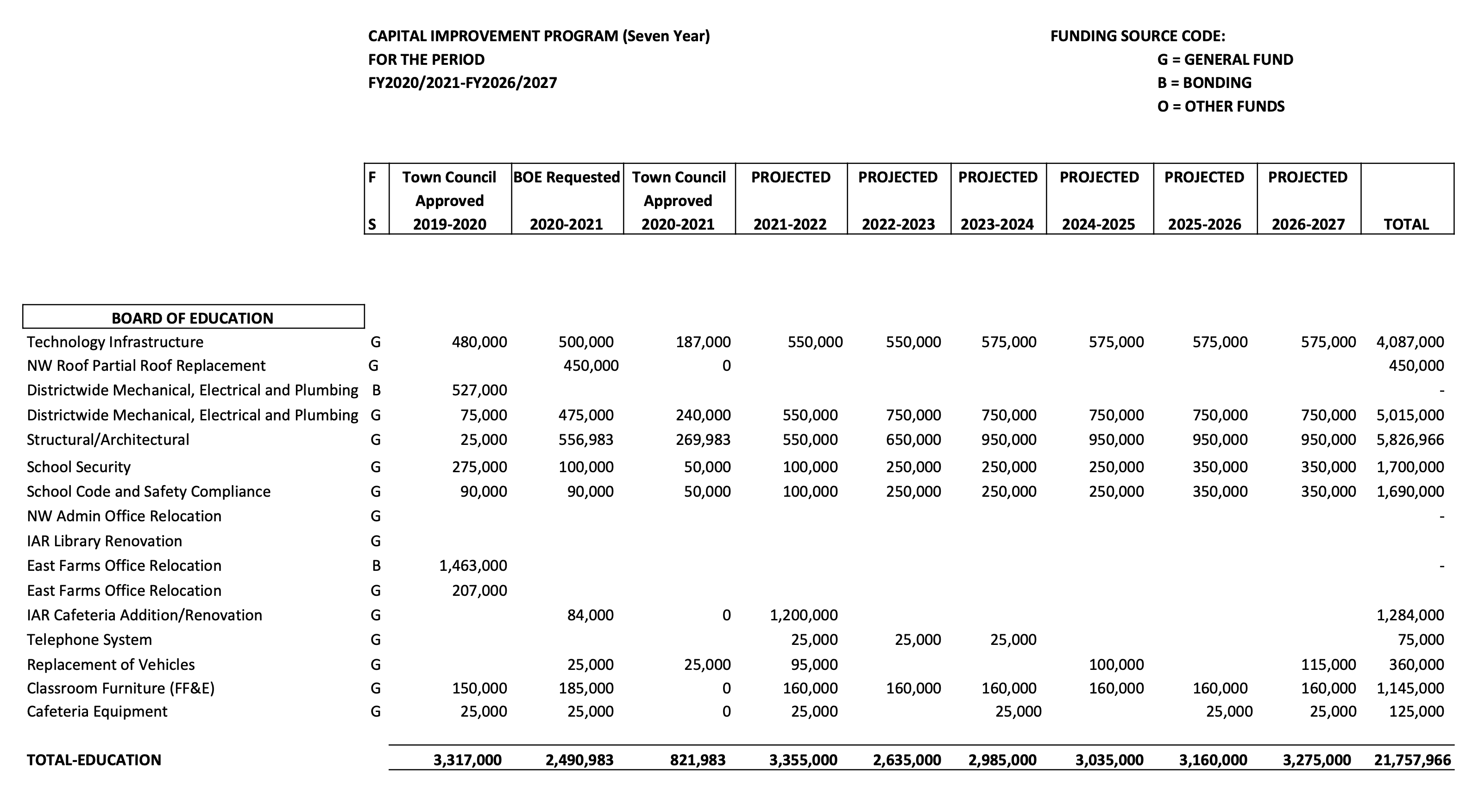 Every year, the Board of Education budget includes capital improvements and forecasts what repairs are expected in future years. This year, for example, East Farms will be updated to address overcrowding and security issues. These plans have been in the works since at least 2018. The Board of Education budgeted for it in the 2018 budget and voters approved the cost of over $1.6 million as a separate referendum question for the 2019-2020 budget. In April 2021, voters approved a budget that includes the IAR cafeteria expansion (which is significantly undersized) and the partial replacement of the Noah Wallace roof (which is done in phases).

The high building school project and its budget is a separate issue from the yearly school budget. It will be decided by referendum on Thursday, June 3rd.

Thank you for signing up for our updates!

Please note - for security, you will now receive a confirmation email. You must click the link to confirm your subscription and begin receiving our updates.